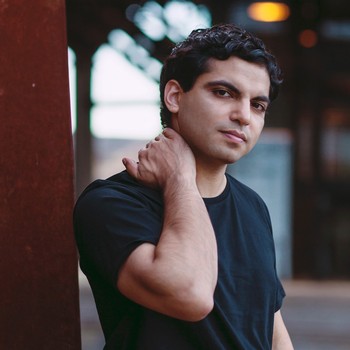 Zubin has collaborated with many of the world’s leading composers including Thomas Adès, Michael Finnissy, George Benjamin, Steve Reich and Beat Furrer, and commissioned more than 50 new works. He is a member of Ensemble Offspring, one of Australia’s leading contemporary music ensembles, and has also performed with the Bang on a Can All-Stars, Ensemble Plus-Minus, Endymion Ensemble, Halcyon, Synergy Percussion, and the Kreutzer Quartet, as well as performing piano duos with Rolf Hind and Thomas Adès.

Zubin has won many prizes for his performances, including the 2012 AMC/APRA Art Music Award for ‘Performance of the Year (NSW)’, the Michael Kieran Harvey Scholarship (2010), the ABC Limelight Award for Best Newcomer (2010) and the Greta Parkinson Prize (2009) from the Royal Academy of Music. In 2013 Zubin was nominated in two categories for Excellence in the APRA/AMC Art Music Awards.

Zubin Kanga is featured on the following titles

Zubin Kanga is a member of

Ensemble Offspring are Sydney’s musical mavericks, uniting innovative Australian instrumentalists with a broad collective of collaborators to champion the music of tomorrow. Together we explore new ideas through living music that leaps across art form.