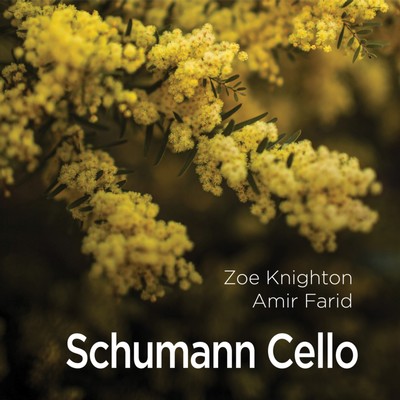 Clara and Robert Schumann were the most celebrated music couple of the 19th century. They met as children when Robert was having piano lessons with Clara’s father, Friedrich Wieck. Wieck named his daughter “Clara”, meaning “brilliance”, and put everything into raising a virtuoso pianist. They married one day before her 21st birthday, together having eight children (one died in infancy).

Before their marriage she was the more famous performer. She nurtured Robert’s composition and promoted him. Giving first performances of Robert Schumann and their friend Johannes Brahms. Contrary to common belief, Clara did not abandon composition when she married Robert. The two of them composed side-by-side, sometimes publishing songs together, without specific attribution.

Believe it or not, Clara was one of, if not the first pianist to perform from memory. She earnt the majority of the money for the household and in fact, her compositions were more popular than Robert’s in her lifetime.

These three sets of songs on this CD were written in 1840 (the year of their marriage), 1844 and 1853 respectively. “I once believed that I possessed creative talent, but I have given up this idea; a woman must not desire to compose—there has never yet been one able to do it. Should I expect to be the one?”

Robert suffered an accident to one of his hands which confined him to composition. A fortuitous turn which meant he could completely focus on writing rather than performing. Well documented emotional torment plagued him for most
of his career with the exception of the first blissful year of marriage (1840) which resulted in no less than 138 songs.
The Three Fantasy Pieces, Op.73 were originally written for clarinet in 1849 and were representative of Robert having a more elastic view of how chamber works may be performed. The Five Pieces in Folk Style, Op. 102 was written one year later and represents rise in the German middle class and their appetite for house music, or music designed to be performed by amateurs in the home.

Robert died in 1856 after more than two years in a psychiatric hospital where it was advised Clara should not visit him.

Schumann Cello is available as as CD. It can be purchased online through Buywell Music or the Australian Music Centre which both offer secure online ordering.