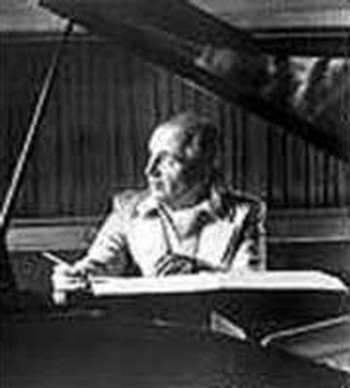 His two mid-60s instrumental albums for RCA--Watusi Trumpets and Saxes Mexicano--are well worth looking for, as are his arrangements for Cal Tjader's "Soul Sauce"-era albums on Verve.

In 1959, he emigrated to the U.S. and worked for television and recording studios as a commercial arranger. By 1963, he had become something of a house arranger for Verve, where he worked on albums by Bill Evans, Oscar Peterson, Antonio Carlos Jobim, and Tjader. He then moved with producer Creed Taylor to Herb Alpert's A&M label, where he worked with Paul Desmond and others.

By the end of the 60s, he began moving away from commercial work and concentrated on his own compositions and recordings. He recorded intermittently for a variety of jazz labels, mostly complex pieces for larger ensembles.

Compositions by Claus Ogerman appear on