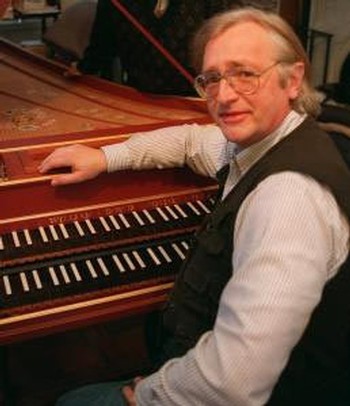 Don began playing in public at the age of 12, moved to Boston, MA in 1961 to study at the Berklee School (now College) of Music.

In 1962 he took a "temporary" job with the Harpsichord Maker William Dowd, and stayed 28 years. During this time of employment, he was encouraged to try some of this material on the harpsichord, and it was so well received that concerts and recordings became an increasingly important part of his activity.

He has appeared in Europe at Merseburger Orgeltage 2002, on Austrian Radio, at the Rodin Gallery in Seoul, South Korea, the John F. Kennedy Center for the Performing Arts, and the Cleveland Museum of Art. He has had four appearances with the Augusta (GA) Pops Orchestra playing his orchestrated keyboard arrangements.

Compositions by Donald Angle appear on