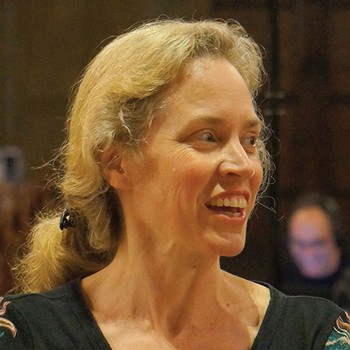 . She is also Choir Director at St Mary’s Anglican Church, Kangaroo Point where she and organist Christopher Wrench oversee a vibrant music programme. As a conductor and chorus master with a broad repertoire, Emily’s work is in demand with professional performing arts companies and major arts festivals. Through the repertoire that she explores with her ensembles, she has introduced Australian audiences to many unusual and beautiful works. A graduate of Dartmouth College (USA) and the Queensland Conservatorium of Music, Emily has had further training overseas with noted choral specialists and is known for her work as a festival and workshop director, adjudicator and educator for all age groups.

Emily Cox is featured on the following titles