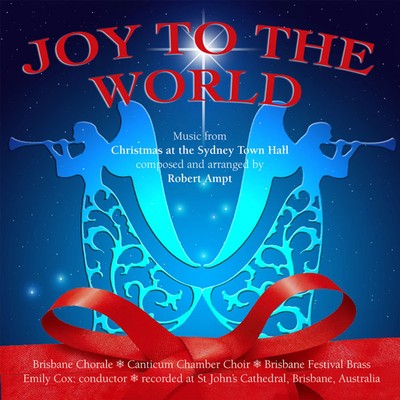 Christmas at the Sydney Town Hall brings together a massed choir, children’s choir, vocal and instrumental soloists, brass and percussion players, and the legendary William Hill and Son pipe organ played by Robert Ampt, who also conceives and plans each year’s event. Throughout the evening, poems and short narratives alternate with music; all enhanced by pageantry, special lighting and the awe-inspiring grandeur of the Sydney Town Hall itself.

But the music, much of it propelled and energised by the great organ, is the main reason the hall is packed year after year. The capacity audience sings its collective heart out during the thrilling carol arrangements, and ponders and reflects during the colourful and often moving choral and solo works. Much of this music has been composed or arranged by Robert Ampt. This CD offers, for the first time, a selection of Ampt’s Christmas music, most of which received its first performance in the Sydney Town Hall.

“This CD is something of a revelation. Recorded in the magnificent acoustics of St John's Cathedral, with a superb organ, the arrangements by Robert Ampt are truly wonderful and a joy to listen to. … there are many moments of excitement, exquisite beauty and sheer joy.”

“Perhaps the most striking characteristic of each choir is the clarity of the diction: you can hear every word. … Anyone looking for interesting, imaginative and well-crafted new arrangements and harmonizations as a change from the usual 'Carols for Choirs' versions, need look no further.”

Joy To The World is available as as CD. It can be purchased online through Buywell Music or the Australian Music Centre which both offer secure online ordering.