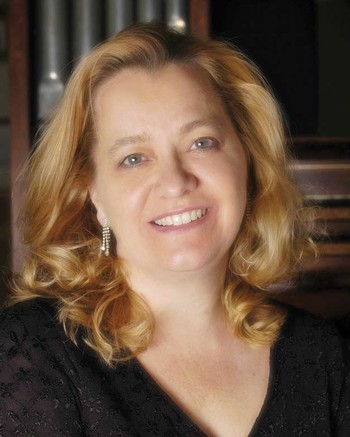 She has performed often as soloist and accompanist with Australian and foreign ensembles including the Sydney Symphony Orchestra, The Sydney Philharmonia Choir, Sydney Chamber Choir and the Scottish National Orchestra Choir, with her performances broadcast on American Public Radio's Pipedreams, the ABC, and the BBC. Her recordings are available on the Move, Newington and Pro Organo labels, with her latest CD, recorded by Move at Sydney University, featuring both the Great Hall organ and the University carillon (played by University Carillonist Jill Forrest), and including two tracks with the two instruments combined, thanks to the wonders of clever technology. A solo organ CD, also recorded at the Great Hall, will be released later this year. Performances in 2004 have included organ recitals at Melbourne and Christchurch (NZ) Town Halls, and the Silver Anniversary concert of the Sydney Opera House Organ, as well as carillon recitals in the USA as part of the International Carillon Festival in Springfield, Illinois, and the University of Florida.

Amy Johansen is featured on the following titles