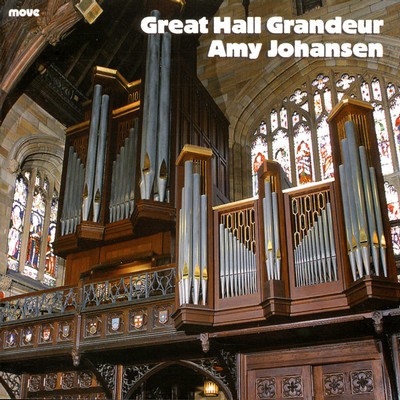 Outstanding performances of colourful, contrasting and arresting music from the 16th to the 20th centuries, including two previously unrecorded works by living Australian composers. "Bloody Brilliant..." (Godelieve Ghavalas) began the first review of this new compact disc. What more needs to be said?

“I thought Amy Johansen's choices to be quite breathtaking in their coverage of a wide range of musical periods (old to recent) and this was vindicated subsequently in single-sitting listening - splendid playing and good music, highly recommendable.”

“Impeccable and well energised playing, interesting repertoire and one of Australia's most distinctive instruments - a sure recipe for success”

Great Hall Grandeur is available as as CD. It can be purchased online through Buywell Music or the Australian Music Centre which both offer secure online ordering.