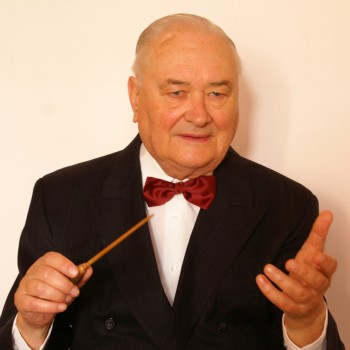 Gerald Gentry studied music at the Guildhall School of Music and Drama in London and privately with Armstrong Gibbs, Walter Goehr and Paul van Kempen.

Beginning his career as a viola player in the 1940s, in the early 50s he was appointed a staff conductor with the BBC. Following nearly twenty years as a music consultant to the West Riding Education Department in Yorkshire, England, he migrated to Australia in 1984.

Gerald Gentry (UK 1927 – Melbourne 2014) was the co-founder and artistic director of Southern Cross Philharmonic Orchestra in Melbourne from 2004 and Vice-President of Friends of Grainger Museum for many years.

Gerald Gentry is featured on the following titles