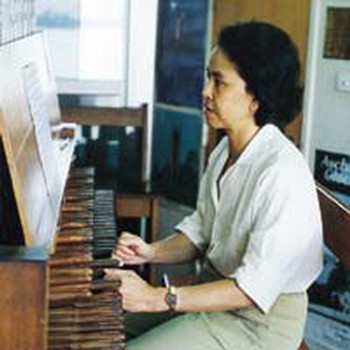 Joan Chia came to Canberra in 1969 to join the Keyboard Department of the Canberra School of Music (now the Institute of the Arts in the Australian National University). Her musical activities included teaching piano, leading workshops for piano teachers as well as performing with chamber ensembles and symphony orchestras.

Carillon lessons in 1979 with the first Canberra carillonist, John Gordon marked the beginning of her association with the instrument. In 1980, she was appointed as assistant carillonist, and has since shared a roster of regular recitals with five other Canberra carillonists. Further carillon training took place in Indiana, USA, Wellington, New Zealand and most recently at the Netherlands Carillon School in Amersfoort. Recitals have included joint performances with brass ensembles and military bands.

Joan Chia is featured on the following titles