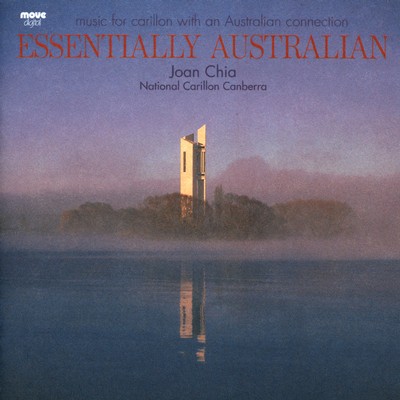 A carillon is a set of twenty-three or more stationary bells arranged chromatically and played mechanically, with no electrical or other assistance.

'Essentially Australian' features the stunning sound of Australia's National Carillon, one of the world's largest and most beautiful. Situated amongst the beauty and tranquility of Aspen Island in the picturesque Lake Burley Griffin, its award-winning design and height of fifty metres allow music to drift over a 300 metre radius.

Contains original compositions, arrangements of traditional and popular songs and transcriptions from the piano repertoire, all with an Australian connection.

“the ambience of the Canberra instrument has been effectively captured, and with an entertaining program and accomplished playing this disc provides a musical souvenir which will be welcolmed by locals and visitors alike.”

Essentially Australian is available as as CD. It can be purchased online through Buywell Music or the Australian Music Centre which both offer secure online ordering.