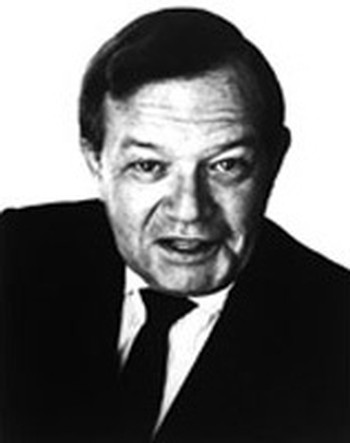 Born Julius Kerwin Styne in London's East End, Styne's family immigrated to the U.S. in 1912, where young Julius showed such a talent for the piano that he performed with the Chicago, St. Louis, and Detroit Symphonies before age 10.

In 1921, a 16-year-old Styne was commissioned to write a song by a teenaged Mike Todd for a musical act he was creating. The result was "The Moth and the Flame," and the world has been listening to Styne songs ever since--1,500 published songs, to be exact. In Hollywood, where Styne found a champion in Frank Sinatra, his fruitful collaboration with Sammy Cahn yielded a string of Hit Parade leaders plus the exuberant score for MGM's Anchors Away and the Oscar-winning Three Coins in a Fountain.

Styne's unforgettable songs for Broadway include "Diamonds Are a Girl's Best Friend," "The Party's Over," "Let Me Entertain You," and "People." And the genius of Jule Styne has sparked the theatrical careers of Broadway legends Carol Channing, Judy Holliday, Mary Martin, Ethyl Merman, Carol Burnett, Nanette Fabray, Phil Silvers, and Barbra Steisand.

Compositions by Jule Styne appear on