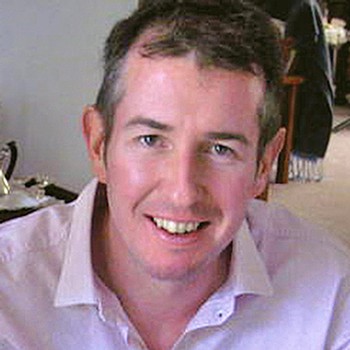 Twelve months later, at less than twenty-four hours notice and without rehearsal, Lachlan replaced Bruno Leonard Gelber, in two performances of Rachmaninov’s Piano Concerto No. 3 with the Melbourne Symphony Orchestra, conducted by Yan Pascal Tortelier at Hamer Hall. Tozer was performing in Sydney at the time, but was greatly impressed by Lachlan’s performance when he later heard it broadcast live (also recorded) on ABC Radio National. In the same year, Lachlan won the Keyboard Final of the ABC Young Performer of the Year and received the University Medal as the top student at the Australian National University.
In 1997 he was awarded a scholarship by the Queen’s Trust to study at the Manhattan School of Music. Two years later, he completed his Masters of Music there, under Philip Kawin. By then, Lachlan had recorded Richard Meale’s demanding piece, Coruscations. His performance, greatly lauded by the composer, became Lachlan’s first commercially released recording.
Since then Lachlan has played throughout Australia both as a soloist and recitalist, appearing with most of the major orchestras, performing works such as Chopin’s Piano Concerto No.1, Rachmaninov’s Piano Concerto No.2, Gershwin’s Rhapsody in Blue and Beethoven’s Piano Concerto No. 1. The Australian critic wrote, ‘Lachlan Redd is a superb pianist. In Beethoven’s First Piano Concerto, the highlight of Sunday’s concert, he demonstrated a maturity of conception and a breathtakingly impressive technique.’ By 2007, Lachlan had twice won the Bach Prize at the Australian National Piano Awards and performed extensively in Australia, Belgium, England, Germany, Russia, Scotland and the United States with leading conductors including Nicholas Braithwaite, Janos Furst, Michael Halasz, Yan Pascal Tortelier and Vladimir Verbitsky, greatly enlarging his repertoire to include many new solo works, several Mozart concertos, Stravinsky’s Concerto for Piano and Wind Instruments and Brahms’ Piano Concerto No.2.
In 2008 Lachlan received glowing reviews for his performance of Rachmaninov’s Piano Concerto No. 2 in Melbourne. Tozer was present and congratulated Lachlan on the quality of his performance, offering to work with the young pianist when an opportunity arose. Soon afterwards, when Lachlan was engaged by the Australian Ballet as soloist to play Tchaikovsky’s virtuosic Piano Concerto No 2 for the revival of Balanchine’s Ballet Imperial, he began to work with Tozer. Lachlan recalled that during his many hours with Tozer, ‘Geoffrey solved every interpretive and technical problem’. The result was a triumph for Lachlan who gave sixteen performances of the concerto under the baton of Nicolette Fraillon.
Thereafter, he began to divide his time between an increasingly busy schedule of international engagements, and continued to appear throughout Australia in the capital cities and on regional tours. Highlights during this period included Lachlan’s special appearance as soloist with the Chamber Orchestra of St Pauls, playing Mozart’s Piano Concerto No.23 and the premiere of Geoffrey Tozer’s composition Arpeggionata in Federation Hall, Melbourne, on 2 September 2011. Subsequently, the Tozer Estate offered Lachlan an exclusive contract to premiere a series of other Tozer compositions including the extraordinarily difficult Fugue in C# Major, the series Pieces From Childhood and the virtuosic Piano Sonata in C (1978).
In 2013 Lachlan completed a regional recital tour in eastern Australia, gave further recitals in Europe and performed Mozart’s Piano Concerto No 12 in A K.414 in the magnificent Melbourne Recital Centre, under the baton of the internationally respected English conductor and Baroque specialist, Peter G. Dyson. Soon afterwards, in August, Lachlan returned to London to perform Mozart’s Piano Concerto No. 23 under Maestro Dyson, at St Martin in the Fields. Lachlan’s recent engagements include peformances of the Poulenc Double Piano Concerto and a recital tour of regional Australia.

Lachlan Redd is featured on the following titles

Thanks to: Console Assistant