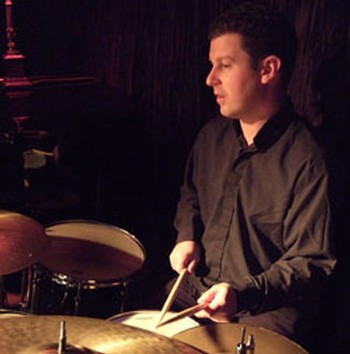 From beyond the grave, the master drummers of old like Sid Catlett, Dave Tough and Art Blakey must surely be nodding with pleasure.

Drummer and leader on About Time, he is following in the footsteps of countrymen like pianists Alan Broadbent and Mike Nock, and tenor sax player Roger Manins, all of whom have left their lovely but professionally-limiting nation to find success overseas.

He is the leader of a popular Melbourne trio.

Mark Lockett is featured on the following titles