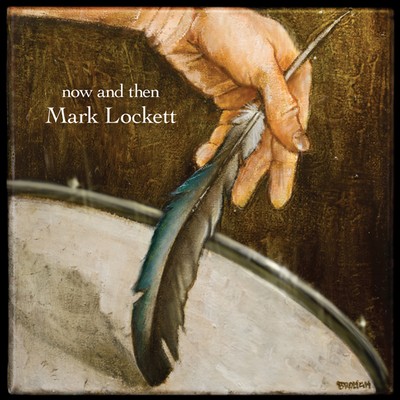 It's to Mark Lockett's credit that he has chosen four of Ornette's most accessible yet stimulating tunes and included them on this CD.

“Melbourne drummer Mark Lockett favours a straight-ahead hard bop-based sound, and he has a very capable band to work with on Now and Then . . . all provide articulate, assured solos, while Des White (bass) helps Lockett push the band alongside clean, no-frills style.” ★★★

“Here is an engagingly quirky number from Melbourne drummer Mark Lockett. With a crew of musicians featuring pianist Mark Fitzgibbon, bassist Desmond White, trombonist Shannon Barnett, and Paul Van Ross on tenor sax, he has put together a tribute to Ornette Coleman, the avant-garde alto sax player who so shocked the jazz world in the 1950s with his free-falling harmonies and bouncing rhythms. . . . There are many beautiful moments here. Check out, for instance, Lockett's work on his light little Monk-like number Mr Pickles, which starts with the drums gently leading in, with van Ross and Barnett doubling the tight lines, four bars or even less at a time, and some solid work from White. Or Fitzgibbon's superb attack on Monk's Trinkle Trinkle, his chords and solos way outside and jarring, but swinging hard and streaming with ideas from chromatic runs to blues-inflected flashes. One of the real standouts here is Coleman's Latin-inflected pieceJayne.”

Now and Then is available as as CD. It can be purchased online through Buywell Music or the Australian Music Centre which both offer secure online ordering.