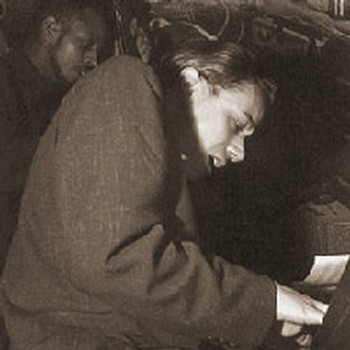 Born in Norwalk, Conn., on Sept. 2, 1928, Silver grew up listening to the folk music of Cape Verde, as his father was from this Afro-Portuguese nation. He also absorbed the popular jazz, blues and gospel music of the day. He played both saxophone and piano in high school, influenced by Thelonious Monk and Bud Powell. He was hired by Stan Getz in 1950 and worked with him for one year. During this time, his boppish compositions "Split Kick" and "Potter's Luck" previewed his gifts as a writer.

After moving to New York in 1951, Silver played and recorded with a number of jazz stars, including Miles Davis, Milt Jackson, Lester Young and Coleman Hawkins. He made his first record as a leader with Lou Donaldson in 1952 for Blue Note, which marked a relationship with the label that lasted 28 years. Silver worked with Art Blakey's Jazz Messengers in 1953, and the group's back-to-basics approach was the start of the hard-bop era. Silver's profile as a leader and composer rose for the next two decades, especially with his signature tunes including, "Doodlin'," "Opus De Funk," "Sister Sadie" and his 1964 Cape Verdean/Bossa Nova hit, "Song For My Father." Similar to Blakey's band, his own group became a breeding ground for young talent, including the Brecker Brothers, Joe Henderson, Woody Shaw and Ralph Moore. He started his own label in the '80s, Silveto, which quickly folded. Today, he records for GRP.

Compositions by Horace Silver appear on