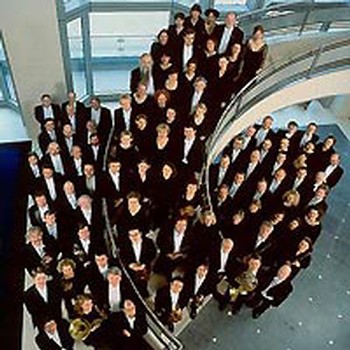 However it was not until 1934 that the Australian Broadcasting Corporation first presented a series of concerts with some 70 musicians under the name of the Melbourne Symphony Orchestra.

In 2005, Oleg Caetani took up the baton as the MSO's Chief Conductor and Artistic Director for a four-year appointment. In September 2006 he also takes up the position of Music Director at London's English National Opera.

During the seven-year tenure of Markus Stenz as Chief Conductor and Artistic Director (1998-2004) the Melbourne Symphony Orchestra took an even more prominent position on the world stage. The Orchestra has received international recognition in overseas tours to the United States of America, Canada, Japan, Korea, Europe, China and St Petersburg, Russia.

Each year the Orchestra performs to more than 250,000 people in Melbourne and regional Victoria, at events ranging from the annual series of Sidney Myer Free Concerts in the Sidney Myer Music Bowl to the series of Classic Kids concerts for young children. The MSO reaches an even larger audience across Australia through its regular concert broadcasts on ABC Classic FM. Some performances are presented on ABC TV and the documentary To Russia with Love, about the Orchestra's recent St. Petersburg tour, was one of the flagship programs in ABC TV's new Sunday Afternoon series in 2005.

Recent recordings include major CD releases on the ABC Classics label. In addition, members of the Orchestra have featured on numerous film soundtracks including those for such major motion pictures as Babe, IQ, Hotel Sorrento, Six Degrees of Separation, Babe II Pig in the City and The Dish. The MSO has also recorded music for a number of computer and console-based games.

Melbourne Symphony Orchestra is featured on the following titles