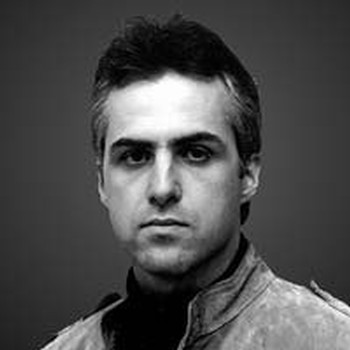 Born in Gundagai, NSW, Michael Whiticker completed a degree in composition at the Conservatorium of Music in Sydney before undertaking two years of postgraduate study in Berlin. Following a substantial number of major commissions and residencies throughout the '80s with performing companies such as the Australian Opera, the Australian Chamber Orchestra, Elision, Synergy, the Seymour Group and the Song Company. In 1989 he was awarded a German Government DAAD scholarship and returned to Berlin where, amongst other things, he instigated ‘The Antipodes’, a festival of contemporary Australian music at which the music of twenty Australian composers was performed. This achievement was recognised by a 1991 Sounds Australian Award for an outstanding contribution to the presentation of Australian fine music overseas.

A Korean Government ICSK scholarship enabled him to spend three months of 1990 in Seoul studying traditional Korean music which was followed by a Berlin Senate commission allowing him to revisit that city later the same year. Following a return to Australia in 1991 and the taking up of a residency with the Council of the City of Sydney, he spent 1992 / 93 as Composer-in-Residence with the Melbourne Symphony Orchestra. In 1994 he was appointed to the position of Lecturer in Composition in the newly formed Music Department of the University of Western Sydney, Nepean.

Further recognition of his work has included the awarding of scholarships and featured composer positions at the Darmstadt International Ferienkurse in Germany during the '80s. his compositions have won numerous awards in Australia and Germany; including the inaugural Fellowship of Australian Composers' Award in 1989 and second prizes in the International Composition Competition of the city of Mönchengladbach, Germany in 1985 and the International Hambacher Prize in 1987. Recent successes include the selection of the flute concerto Ad Marginem and Via Crucis, the Eleventh Station as the Australian entries for the Paris Rostrum in 1991 and 1994 respectively.

Compositions by Michael Whiticker appear on