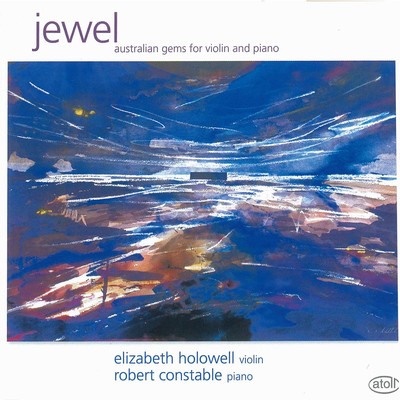 Australian music that has been composed in the period encompassed by this CD displays a wide variety of styles and influences.

Our personal journey with Australian music for violin and piano began in the late 1980s at the urging of many of our composer colleagues. At that time we commenced a project of putting together some concert programmes which promoted both Australian compositions for violin and piano and ourselves as Australian performers with something a little different to say. The first fruits of this project came in 1989 when we embarked on a concert and lecture tour of the USA. Some of the repertoire we played on that tour now appears on this disc. We have had long friendships with all but one of the composers represented here (neither of us actually ever met Margaret Sutherland) and in most cases they have had some input over the years into our performances of their music.

Jewel is available as as CD. It can be purchased online through Buywell Music or the Australian Music Centre which both offer secure online ordering.