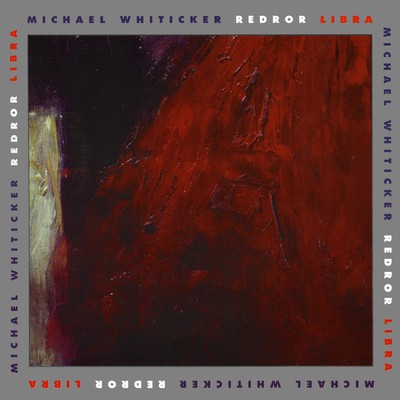 The passion and vigour of the compositions on this disc, their variety and breadth of reference and their technical brilliance are entirely symptomatic of Michael Whiticker's output as a whole.

The composer's achievements have been recognised by awards, commissions and scholarships both here and overseas, including a Sounds Australian Award and the Fellowship of Australian Composers Award. In 1992/3 he was 'composer-in-residence' with the Melbourne Symphony Orchestra.

Whiticker's 'Ad Marginem' and 'Via Crucis', 'the Eleventh Station' were selected for the Paris Rostrum in 1991 and 1994 respectively. His music theatre piece 'Love's Blazing Fire' will be premiered by the Sydney Metropolitan Opera in October 1996. Marshall McGuire gave the premier performance of 'After the Fire', a piece for harp, in the last Adelaide Festival.

However the music may affect you, it will never bore you with cliché or empty pleasantry.

“a useful and impressive anthology ... already an important release”

“a blazingly-urgent pulling together of disparate musical energies into a compelling whole... 'In Prison Air' is chilling – one of the most terrifying musical landscapes of our time”

“Asian influences give the small-scale works recorded here a less traditional European feel, and their use makes the composer's personal language exhilirating ... Whiticker's exploration of improvisation in the title track and 'In Prison Air' as well as his fascination with multiphonics and pitch variation make his corner of the Australian music scene an interesting one to explore. The disc is well recorded and presented.”

“All six works collected on 'Redror' display the work of a fervent musical imagination, even if the end result does not always match Whiticker's restless ambition.”

Redror is available as as CD. It can be purchased online through Buywell Music or the Australian Music Centre which both offer secure online ordering.