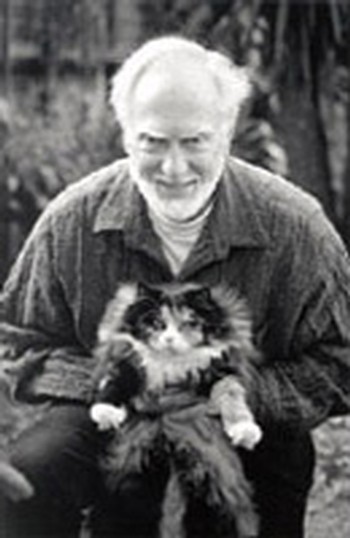 Born in Sydney on the 13th May, 1935, Nigel Butterley studied piano with Frank Warbrick and composition with Noel Nickson and Raymond Hanson. A talented pianist, he was giving broadcast recitals by the age of fourteen, but early on decided to pursue a career as a composer. He travelled to Europe in 1961 and, at the suggestion of Sir Michael Tippett, studied under Priaulx Rainier.

Returning to Australia in 1963, Butterley composed Laudes, which was inspired by the profound religious experiences he had had while in Italy. The first performance of this work at the 1964 Adelaide Festival established him as one of the leaders of the 'new wave' of Australian composers and his reputation was consolidated in 1966 when his radiophonic choral work, In the Head the Fire was awarded the prestigious Italia Prize ahead of Berio's Laborintus II.

Since the 1960s Butterley has produced a significant body of work, including a violin concerto, orchestral pieces, vocal and chamber works. A number of his early works, such as Laudes and Meditations of Thomas Traherne, were inspired by the composer's deeply personal faith. Later the poetry of Walt Whitman became a major source of inspiration, resulting in such works as Sometimes with One I Love for two singers, speaking voice and ensemble, and Watershore, a radiophonic work for actors and instruments, which used photographs of the seashore as graphic notation. Other compositions include Interaction, an improvisation for painter (John Peart) and orchestra, and First Day Covers (composed with Barry Humphries for Dame Edna Everage), both written for the ABC Sydney Prom Concerts.

As a pianist, Butterley has specialised in the performance of contemporary music and lesser-known works from other periods. In particular, his performances of Messiaen's Visions de l'Amen and John Cage's Sonatas and Interludes for prepared piano have been highly acclaimed.

Compositions by Nigel Butterley appear on