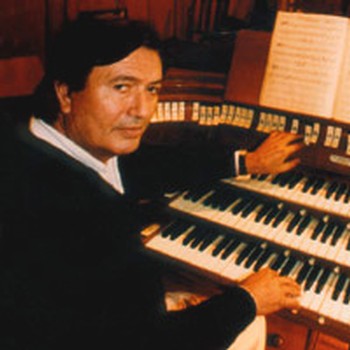 Sergio de Pieri was born in Treviso, Northern Italy, and graduated in Piano, Organ and Organ Composition from the Benedetto Marcello Conservatoire in Venice. In the 1960s he settled in Melbourne, Australia. He was responsible in Australia for reviving interest in the organ and its true repertoire. He was Organist at the Basilica of St. Patrick's Cathedral, Melbourne and Chief Study Organ Lecturer at the University of Melbourne. For the past twenty years he has held the Chair of Principal Teacher of Organ and Organ Composition at the Benedetto Marcello Conservatoire in Venice. He has many recordings to his credit and concertices widely, especially in Europe, USA, Canada and Australia. For the past ten years, he has been artistic director of the Organs of the Ballarat Goldfields Festival.

Sergio de Pieri is featured on the following titles