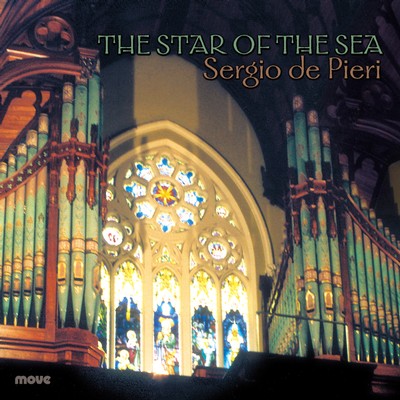 The organ at St. Mary's Star-of-the-Sea Church was built between 1898 and 1900 by the leading colonial organ builder George Fincham at his factory nestled in the Melbourne suburbs. It was the first pipe organ in Australia to be classified by the National Trust and is regarded as an instrument of national importance: it remains the largest organ built in Australia during the 19th century to remain essentially intact.

“magnificent sound ... all of this, and the soaring music, demonstrate the organ's range and versatility, and the virtuosity of the performer.”

“it's stirring, reflective, rousing, thoughtful ... Turn your volume up and listen to those bass pedals.”

“an interesting program of delights”

“quite beautiful to listen to ... Sergio de Pieri's playing ... is musical, sensitive and accurate ... breath-taking.”

The Star of the Sea is available as as CD. It can be purchased online through Buywell Music or the Australian Music Centre which both offer secure online ordering.