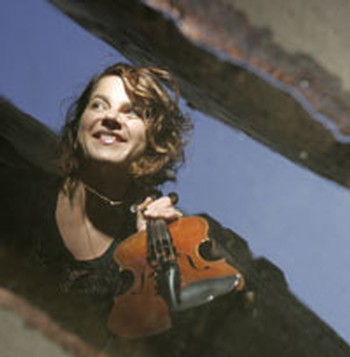 Graduating from the Victorian College of the Arts in 1992, Zoë was awarded grants from the Australia Council and the Queen Elizabeth Jubilee Trust and the major performance award of the Australian Musical Foundation in London where she studied at the Guildhall School of Music under David Takeno and subsequently at the Vienna Hochschule with Michael Schnitzler.

During her time in Europe she studied chamber music with the Takacs Quartet, played with the London Symphony Orchestra and in Vienna with the Wiener Kammerorchester. She returned to Australia in 1996 to become Assistant Leader of the Australian Chamber Orchestra with whom she toured extensively both within Australia and overseas.

Touring regularly throughout Australia, Zoë has been a featured soloist and performed in chamber settings at the annual Huntington Festival in Mudgee, NSW, has performed in the MSO Chamber Music series, appeared as soloist with the Tasmanian and Melbourne Symphony Orchestra and is a regular performer for the ABC Sunday Live series.

In 2006 Zoë was a founding member of the Freshwater Trio, which has quickly become one of Melbourne's leading chamber ensembles, with sell-out performances at numerous festivals including Port Fairy and Castlemaine and with its own innovative subscription series at Melba Hall. Future engagements include taking part in Musica Viva's Coffee Concert series and regional touring as well as a tour to St. Petersburg.

Zoë Black is featured on the following titles