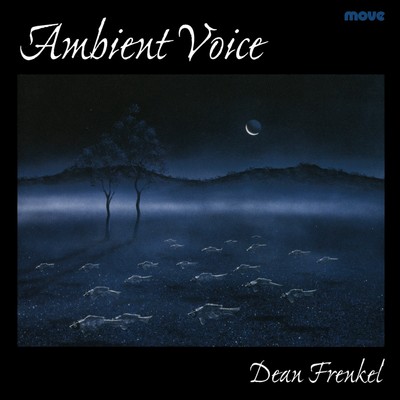 A background introduction from the artist, Dean Frenkel: "This project arose from an original concept to record an ambient/world music album with strategic placements of harmonic vocals over and within a selection of outstanding compositions and recordings by Australia music artists. I anticipated that the musical compositions would add complexity to the sound of harmonics, while the harmonics would simultaneously contribute a unique and evocative sound to the music. My confidence in this concept came from myriad experiences of combining vocal harmonics with many instruments and music types. For me, Ambient Voice is more than an autobiographical journey of sound, it is a connection of pre-industrial with contemporary music with an added multicultural context."

This fascinating and beautiful CD also has a bonus video that features Dean Frenkel performing live and demonstrating the ancient art of vocal harmonics, together with Tom Lewis (didjeridu), Christopher Young (clarinet) and Linda Laasi (vocals).

The 12 minute video also can be seen here:

“it is Frenkel's haunting, otherworldly vocals that will lull you into a state of meditation, sleep or blissful calm. At last, something of merit in the New Age section.” ★★★★

“isn't it amazing what people can do with their voices ... amazing sounds ... a euphoric soundscape.”

“a symphony of sound”

“The music just washes over you.”

Ambient Voice is available as as CD. It can be purchased online through Buywell Music or the Australian Music Centre which both offer secure online ordering.