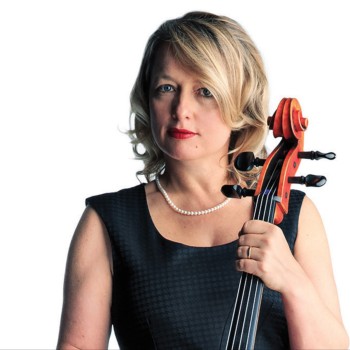 Rachel Atkinson is one of Australia's most talented cellists. After studying cello with Georg Pedersen at the New South Wales State Conservatorium of Music she was awarded an Associated Board Scholarship and a Butland Music Foundation Grant to study with David Strange at the Royal Academy of Music, London. While at the Academy she was awarded the Frederic Moore Memorial Prize and the Frank Reizenstein Prize as cellist of the Sarastro Trio. Rachel has performed in masterclasses with Lynn Harrell, Ofra Harnoy and Zara Nelsova.

In 1992 she won a grant from the Queen Elizabeth II Arts Council to further her studies with William Pleeth. Rachel has toured Canada and New Zealand as a soloist with the Auckland Youth Orchestra and recorded for Radio New Zealand. She has given premieres of many contemporary works and has appeared as solo recitalist in New Zealand, Britain, Turkey, Germany, Holland, Malaysia and Israel.

In 2012, Rachel was the Music Director of The Play of Daniel for Victorian Opera's youth program. From 2008 - 2013, she was the Artistic Director of Nefes Ensemble, performing Classical music from the Ottoman Court and Sufi ritual. Nefes Ensemble performed at the Melbourne and Adelaide Festivals and toured Victorian schools in metropolitan and regional areas. She is teacher of cello and chamber music at the Victorian College of the Arts Secondary School.

From 2017 – 19, the Fidelio Quartet will perform the complete Beethoven Cycle at the Melbourne Recital Centre. Rachel has played with the Melbourne Symphony for over twenty years. During that time, she has toured internationally on many occasions and has enjoyed partnerships with artists as diverse as Sting, the Three Tenors and Ray Charles. She has taken part in numerous Outreach programs for the Melbourne Symphony, working with prisoners and their families, collaborating with theatre companies and with schools in remote areas.

‘Rachel's interpretation is full of vitality and extreme sensitivity. She displays maturity in depth of expression and technical ability. with ease she shows highly rhythmic passages and lyrical lines.’ (Süddeutsche Zeitung)