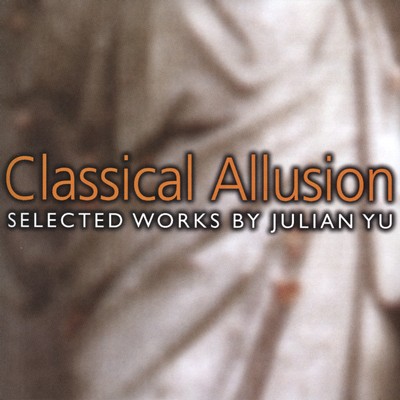 The music, just like the composer himself, are a unique blend of East and West. This CD features the dazzling sticks of the percussionist Robert Clarke, the Academy of Melbourne, the Australia Ensemble and Trio Melbourne.

The award-winning composer Julian Yu grew up in China, and has been resident in Australia since 1985.

The Australia Ensemble, resident at the University of New South Wales, was founded in 1980. The group is now widely recognised as this country's chamber music ensemble. Consisting of seven of Australia's leading instrumentalists, the Ensemble is able to engage other outstanding musicians to enable it to present some highly unusal and varied groupings of performers as well as the standard chamber music repertoire.

“one of the best 'composer portrait' discs of its kind ... The works on this disc are ultra-professional and well made - one sees why the composer wins prizes - but it also repays repeat hearings ... The performances and recordings (many of them live) are good too.”

“a distinct cultural crossover ... interesting in its conception and quite attractive in its expressive content.”

Variations on a Theme of Paganini Julian Yu

Classical Allusion is available as as CD. It can be purchased online through Buywell Music or the Australian Music Centre which both offer secure online ordering.