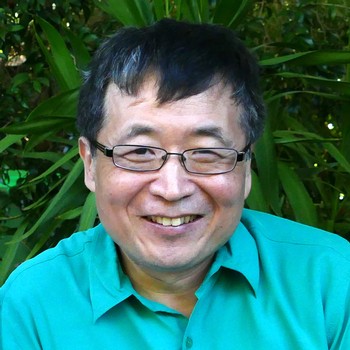 His music creates a sonic world, which is constantly changing, and always being framed within a clear sense of shape and direction. Without being overtly referential, his music also shows a strong connection with the Western musical tradition as well as with his Chinese roots, thus, creating a very individual musical discourse.

Born in Beijing in 1957, Julian Yu surprised his non-musical family by starting to compose music at the age of 12. In 1973 he left school early to study composition at the Central Conservatory of Music in Beijing, and later joined the teaching staff there. In 1980 he was sent to Japan to study at the Tokyo College of Music under Joji Yuasa and Schin-Ichiro Ikebe. After his return in 1982 he resumed teaching and wrote a lot of music for film, television and radio as a “ghost composer” under other people’s names. In 1985 he migrated to Australia. In 1988, he was selected for a Composition Fellowship at Tanglewood, where he studied with Hans Werner Henze and Oliver Knussen, and was awarded the Koussevitzky Tanglewood Composition Prize for that year.

Since then, Yu has won numerous prizes and much recognition for his composition, including an Australia Council Composer Fellowship and grants from the Australia Council and other organisations such as the Ian Potter Foundation. In 1991 and 1994, an international jury unanimously selected his work for the 1st and 2nd triennial Paul Lowin Orchestral Prizes (Australia’s richest award for composition). Other prizes include the Zen-On Piano 2000 composition prize, and awards in the 56th Japan Music Concours, the 35th Premio Musicale Citta di Trieste, and the 1987, 1989 and 1990 International New Music Composers’ Competition (USA). He composed music for the opening ceremony (Australasian Section) of the Olympic Games in Beijing (with Broadstock and Barton). For his achievements, he was awarded a Doctor of Music (D.Mus) by the University of Melbourne, where he currently teaches Composition and holds an honorary Fellowship.

His music has been performed at ISCM World Music Days (in Switzerland, Mexico, Luxemburg and Hong Kong), and at many other festivals including Gaudeamus, Huddersfield, Munich Biennale and the Asian Composers' League (ACL) festivals.

Julian Yu is featured on the following titles

Old and Yu: The clarinet music of Julian Yu, Volume 2

A series of catchy short pieces composed for clarinet and string quartet, and piano by Julian Yu. Often playful, these pieces are based on oddly familiar classical themes. Chinese folksongs, Dvorak and Mozart are also featured. The track titles will give you some idea of what to expect.

Michael Kieran Harvey performs 126 variations by Julian Yu on the theme Twinkle, Twinkle Little Star. Julian Yu's project presents the tune in an immense range of styles, many of which develop out of well-known classical pieces, as well as jazz and folk music.