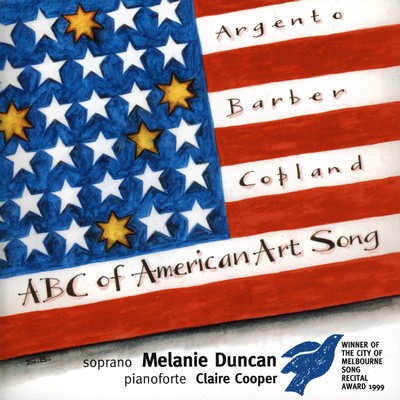 Melanie's performance of the Copland captivated the judging panel during the final recital of the Award.

ABC of American Art Song is available as as CD. It can be purchased online through Buywell Music or the Australian Music Centre which both offer secure online ordering.