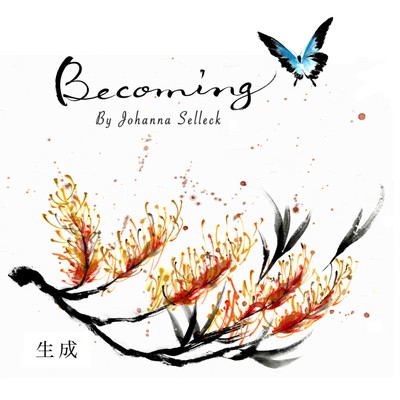 Becoming is based on two forms of Japanese poetry – haiku and renga. The brief, vivid images that are essence of haiku express something deeper than words – the sharing of feelings and perceptions that are universal and transcend the barriers of language and culture. Reinforcing this idea of connection, Becoming uses haiku in 3 languages (French, English, and Tibetan) by poets from tenth-century Japan through to contemporary Australia. Becoming is structured in the style of renga, which is an ‘elongated’ from of haiku incorporating linked stanzas composed by different poets.

The song cycle is divided into 4 sections based on the seasons, plus a finale. Each section begins with a ‘universal’ image relating to nature, moving to a more personalized perspective. The poems form an overall narrative suggesting cycles of birth, death, and renewal.

Becoming is available as as CD. It can be purchased online through Buywell Music or the Australian Music Centre which both offer secure online ordering.