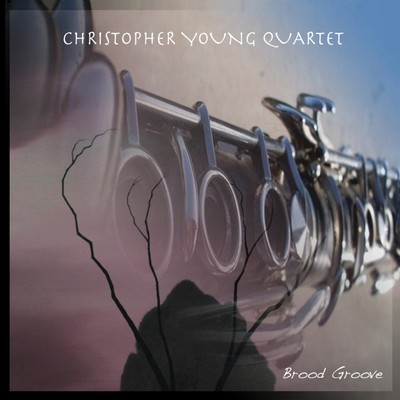 These pieces of music recorded here are original compositions and improvisations, reflecting particular eclectic themes and influences in my life, both past and present. The emphasis in this recording focuses towards my passion for woodwind, but most especially the bass clarinet for its monophonic and multi-phonic possibilities.

DOMINATION is a piece with satire, a parody on globalisation, featuring the bass clarinet.

OUT OF TIME is a neo-romantic piece, old fashioned in style. It reflects my time in Poland and Denmark during winter, also featuring the bass clarinet.

ALWAYS AWAY is influenced by the New Orleans style and timbre of the clarinet.

THEY EXIST WITHIN YOUR DREAMS is more of an ethereal piece with flute and guitar, reflecting European Autumn.

BROODING GROOVE is influenced by my stay in Denmark, witnessing the Aurora Borealis, featuring the bass clarinet and guitar. This track is also acknowledgement of my long standing friendship with Mr. Tom E Lewis.

GERSHINGTON is a 1920s style piece, written by myself and Mark Fitzgibbon, influenced by Ellington and Gershwin, and featuring the clarinet.

RAGAESQUE is influenced by South Indian music, specifically the morning Rag. Featuring the flute and guitar.

ODE TO ERIC is a duo recorded with Ted Vining. A piece dedicated to the great bass clarinetist Eric Dolphy.

SKETCHES OF KUTA is a dream-like piece influenced by Balinese music.

“Brood Groove is at times kooky, and surprising, and full of a yearning and a grace…there’s whimsy, and a benign articulation of folly, and the alarming consternations of life in a human skin. The dominant mood is one of celebration, even when these Brood Grooves start getting moody.

The ensemble achieves the gentlest innovations, there’s grunt when needed from the rhythm section, and the sweet and maudlin inventions of Tom Fryer delighting the listener on acoustic guitar. There’s some sublime flute playing, the band discrete, lulling, with hints of sweet disturbance. There are pleasing moments of great restraint, at other times a thrilling excess is achieved, an ecstasy revealed. Some tracks reveal what one might call an Eastern spaciousness. Perhaps this owes something to Mr Young’s studies of the shakuhachi in Japan...‘Brooding Groove’, the almost title track, is haunting, deeply felt, inquisitive and passionate. The delicacy of the ensemble becomes another testament to that compassionate revelation we call jazz.”

“Christopher Young's "passion for woodwind, most especially the bass clarinet" is beautifully expressed on Brood Groove. Its original music is intimate, exploratory, eclectic, improvisatory, but focused.

Each piece has a different character. Particular inspirations range from Balinese music, via Ellington and Gershwin, to South Indian music and the European autumn.”

Mark Fitzgibbon is an integral part of Melbourne's ever widening jazz scene. He is a past winner of the Wangarratta piano award and has worked with many of Australia's finest including Dale Barlow, Bernie Mcgann, Vince Jones, Chris Mcnulty and Christine Sullivan.

Brood Groove is available as as CD. It can be purchased online through Buywell Music or the Australian Music Centre which both offer secure online ordering.