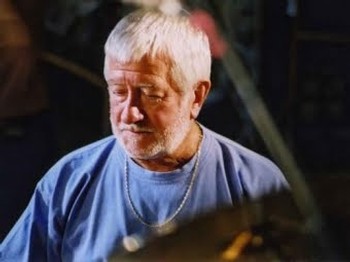 “Ted Vining is one of the most exciting, dramatic, and soulful drummers we have ever had in this country.”

A new collaboration with some of Christopher Young’s oldest collaborators — acoustic bassist Nick Haywood (from the Lewis and Young Ensemble) and guitarist Tom Fryer, with the addition of the great veteran drummer, Ted Vining. More about Christopher Young Quartet