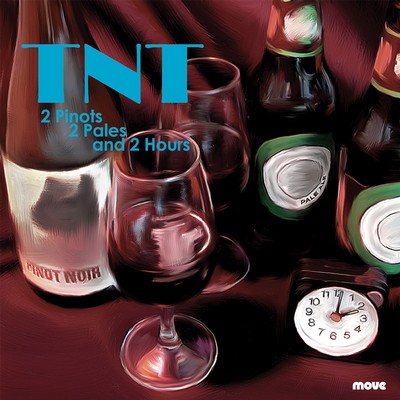 Ted Vining, Nick Haywood and Tony Gould (TNT) have played in a great variety of settings, but amazingly never together as a trio. This is one of those joyous occasions, and hopefully the forerunner of many more to come ...

With Tony Gould in Hobart for academic duties at the Hobart Conservatorium of Music, Nick Haywood called Ted Vining suggesting they grasp the opportunity for a “bit of a play” whilst he was in town. And that they did, with sound engineer Stewart Long recording it, as it were, solely for our personal listening pleasure. It is wonderful to know that musical meet can be shared with the rest of us.

2 Pinots 2 Pales and 2 Hours – TNT is available for download from the iTunes Music Store.
It's available for streaming through Spotify and Apple Music.

2 Pinots 2 Pales and 2 Hours – TNT is available as as CD. It can be purchased online through Buywell Music or the Australian Music Centre which both offer secure online ordering.