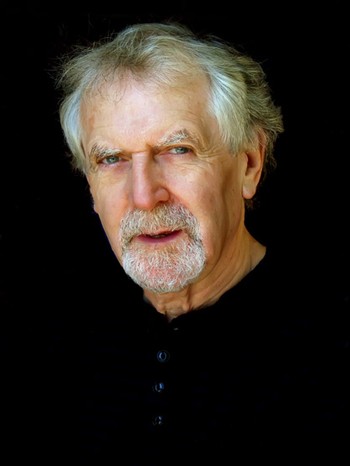 His performances cover a wide range. He has accompanied such eminent jazz musicians as Clark Terry, Mark Murphy and Ernestine Anderson and has been a supporting artist to Dave Brubeck, Oscar Peterson, Sarah Vaughan, Jean Luc Ponty, Ray Brown, the Art Ensemble of Chicago and many other distinguished groups. Yet he is equally at home playing Bach and Mozart and has been a guest soloist with both the Melbourne Symphony Orchestra and the Elizabethan Melbourne Orchestra.

He has recorded on over twenty commercially released CDs, among the most highly acclaimed are Lirik (1994), Unanimity (1995) with pianist Bob Sedergreen, Gateway and A Tin Roof for the Rain (1996 and 1997) with saxophonist Robert Burke and cellist Sarah Morse. He regularly records for the ABC.

Over the past few years, Tony has become increasingly active as a composer. He has fulfilled commissions for the Victorian Arts Centre, the Hamilton Arts Festival, the Solitaire Tuba Ensemble, and has written works for horn and piano and tuba and piano. He has been a guest artist with the State Orchestra of Victoria for a premiere of his work Homage to Bach for symphony orchestra and piano trio. He was commissioned to write music for two award winning CSIRO documentary films. In 1997 his chamber work Under Milk Wood, based on Dylan Thomas' work, was premiered by the Queensland Philharmonic Orchestra and narrated by distinguished Australian actor John Stanton.

Tony's music has wide appeal. He draws from a wide range of musical influences including Bach, Mahler, Stravinsky, Bartok, Keith Jarrett and Bill Evans. His style of composition is marked by rhythmic vitality and a particular sensitivity to harmony.

Tony is has recently resigned from his position as Dean of Music at the Victorian College of the Arts School of music.

In 1997 he was visiting Head of Post Graduate Studies, at the Conservatorium of Music, Western Australian Academy of Performing Arts. In recent years he has also lectured at The University of Melbourne and acted as a consultant for the National Academy of Music and Director of their inaugural program for improvisation studies.

Tony is a respected music writer and critic having contributed to The New Grove Dictionary of Jazz, The Oxford Companion to Australian Music and Music Forum. He was chief (classical) music critic for The Sun newspaper (Melbourne) for a number of years and has also written for The Australian.

He has a PhD from Latrobe University, a Master of Arts from Monash University and a Bachelor of Music from the University of Melbourne. In early 2005 Tony resigned his position as Head of the School of Music, Victorian College of the Arts to renew his passion for a hands-on approach to music-making in performance, composition and writing. He currently is a Professor of Music at Monash University.

Recent awards include the APRA /Australian Music Centre (AMC) Classical Music Award for Outstanding Contribution to Australian Music in Education (2005), an Australia Council Music Board Fellowship (2006-2007) and a Distinguished Artist residency at Arthur Boyd’s artist’s studios in Bundanon (2007). He was made a Member of the Order of Australia in 2007.

“one of the most talented artists in Australia.”

Tony Gould is featured on the following titles

Christmas Around the Piano

This collection of songs (here without words) are pieces normally associated with Christmas. But a good tune is a good tune, so for me they should be played / heard whenever one feels like it.

This collection of pieces includes old and new standards, originals, music written for film, and three pieces composed totally spontaneously at the keyboard.