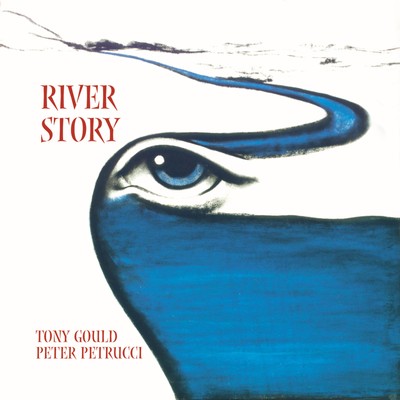 Tony Gould joins with one of the most talented younger generation guitarists/composers in Australia, Peter Petrucci, and together they play a mix of original pieces as well as some pieces from the standard repertoire.

The performances were not over-burdened with endless rehearsing and planning of arrangements. Of course we practised away from one another, and on the day decided to just see what happened by keeping our ears, our minds and even our eyes open to what was happening musically. Is this not the spirit in which all spontaneous music making should be made? – Tony Gould

“It is almost impossible to concentrate on the technical mastery of these songs because of the way the spirits and emotions are lifted into the realms of pure enjoyment.”

“Much of Gould's appeal as a pianist lies in his infallible, sumptuous elegance and a touch to die for ... he is right in his element in these intimate settings. Add Petrucci's virtuosity and it's a delightful match. Witness the way they dance the light fantastic and work off each other”

“an enjoyable mix of original pieces and standards. The performances are splendidly spontaneous”

“beautifully recorded, the performances emphasise the delicate interaction between the two players as they accompany or create beautiful melodic lines over this collection of well crafted tunes ... This is music for savouring ... has sufficient depth to please even the most discerning of jazz listeners.”

“The playing standard is second to none and the songwriting is brilliant ... The simplicity of the arrangements and improvisation talents add greatly to the sound, which is a testament to the chemistry that is eveident between these fine musicians.”

“a lushly rendered and quite subtle modern jazz album.”

“the musical dialogue comes straight from the heart ... this beautiful album is a recording of a wonderful meeting of musical hearts and minds - a meeting to experience and to savour.”

Russ Freeman took up the guitar at age 14. He was early on attracted to jazz players such as George Benson as well as pop greats like the Beatles and James Taylor.

River Story is available as as CD. It can be purchased online through Buywell Music or the Australian Music Centre which both offer secure online ordering.