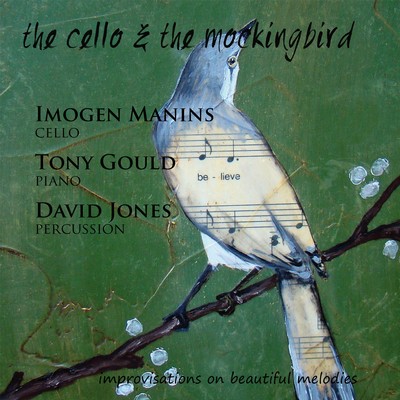 This is our second album as a trio — and once again it has been a great pleasure to play and record together. After much independent thought about what might happen when we get together, we arrive at the studio with some sketches and a small list of pieces, and in the true spirit of improvisation we begin to play.

“This is the second release by cellist Imogen Manins, pianist Tony Gould and percussionist David Jones as a trio…this album is every bit as impressive as their first; which suggests there's some very special chemistry between them…When all three musicians are exploring as a group, there is an unmistakeable magic about it.” ★★★★

Frederick Loewe (1901–1988) was an Austrian-American composer. He collaborated with lyricist Alan Jay Lerner on the long-running Broadway musicals My Fair Lady and Camelot, with book and lyrics by Lerner, both of which were made into films.

The Cello and the Mockingbird is available as as CD. It can be purchased online through Buywell Music or the Australian Music Centre which both offer secure online ordering.