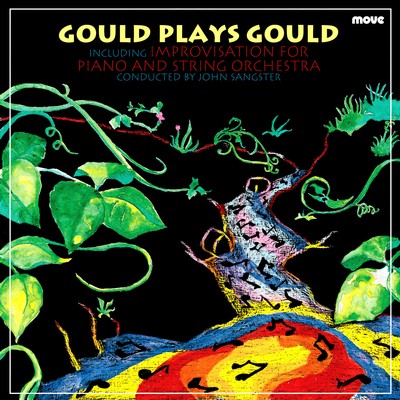 The music is a collection of original pieces by Tony Gould; some completely scored and others partly improvised.

The influences of music and musicians long admired, including Ives, Mahler, Stravinsky, John Sangster, Bill Evans and Keith Jarrett, South American, Indian and Japanese music, are evident in such evocatively titled works as 'Kashmir Remembered', 'A Kind of Hoe-Down', 'Duel' and 'Lament'.

In the four movement piece entitled 'Improvisation for Piano and String', each movement is named after a musician who influenced Tony's musical output at the time, e.g. 'Brown', 'Hounslow', 'Sangster' and 'Barnard'.

“Improvised music is an adventure in creativity when it succeeds and contemporary jazz always takes the greatest risks. This type of music is better heard than analysed.”

“'Gould Plays Gould' is a most enjoyable musical experience. Tony Gould is one of the top jazz pianists in Australia ...”

— Allan Moyle, The University of Adelaide

“There are some delightful duets between the pianist and vibist John Sangster.”

Gould Plays Gould is available as as CD. It can be purchased online through Buywell Music or the Australian Music Centre which both offer secure online ordering.