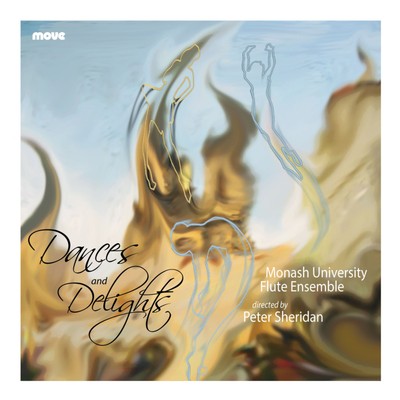 Compositions by legendary jazz pianist Tony Gould, and award-winning composers Daniel Dorff, Carolyn Morris and Adrienne Albert round out this disc in a delightful collection of silvery sweet sounds that you will come back to again and again.

Video: composed by James Mustafa and performed by the Monash University Flute Ensemble, a video was made during the recording session of this CD.

Rika Ishige graduated from Tokyo University of the Arts majoring in composition.

Dances and Delights is available as as CD. It can be purchased online through Buywell Music or the Australian Music Centre which both offer secure online ordering.