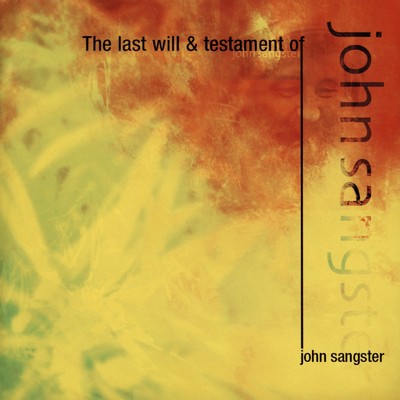 Nominated for the 2003 Australian Jazz Awards!

According to Sangster's long-time colleague and jazz drummer Len Barnard, the music herein was written in Brisbane, when John knew he was on borrowed time and the cancer could no longer be pacified - yet there is no inkling of self pity. The old humour, optimism, and the knowledge that he had given life a hell of a shake anyway shines through these pieces. Some may have developed into something John hadn't meant them to, but one can imagine him chortling and nodding approval. There was an honesty about all of them, and they add to his fine works of other years.

“A long overdue tribute to this wonderful man's joyous, genre-crossing, larrikin and very Australian contribution to jazz ... The presentation of the CD is beautiful ...” ★★★★★

“A stellar line-up ... Covering a range of styles, Sangster's pieces are written and arranged in a way that's almost Ellingtonian - a strong sense of narrative, movement and structure showcases the artists.” ★★★★½

“[The musicians] do him more than proud, with music that taps the emotions from exhilaration to sadness ... but Sangster never lost his sense of humour and much of this disc transcends that joy. It's a fitting finale.” ★★★★½

“a welcome addition to anyone's collection ... outstanding throughout ... the rhythm could not be better ... deserves to be up there among the classics of Australian jazz.”

“What is understood and enjoyed is the great playing and energy of the musicians on this album ... their love and connection with John Sangster and respect for his music shows in the playing.”

“this album will do nicely as a teaser ... delightful ... every track has a sunny, swinging mien and genre-blending originality that stamps it as not just fine jazz but classic Australian jazz.”

“a memorable recording to grace anyone's collection. The liner notes are worth a mention for their slick presentation and tributes from Dick Hughes, Len Barnard and Tony Gould.”

“Three things stand out: an inherent swing, ... joy and humanity ... It is absorbing, variegated music that takes its place in Australian jazz history.”

“a fitting tribute to John Sangster and (the late) Tom Baker”

“This assured album is a fitting musical tribute to one of Australia's unsung heroes of jazz.”

“a wonderful tribute to a significant figure in Australia's cultural history.”

“Unmistakably Sangster - and some of his best ... If only there was more Aussie jazz of this quality.”

“a winning collection ... The music itself is as cool as it is joyful ... It really is happy and full of life, as well as being a warm reflection of experience it has some very hot moments. Great stuff.”

The Last Will and Testament of John Sangster is available for download from the iTunes Music Store.
It's available for streaming through Spotify and Apple Music.

The Last Will and Testament of John Sangster is available as as CD. It can be purchased online through Buywell Music or the Australian Music Centre which both offer secure online ordering.