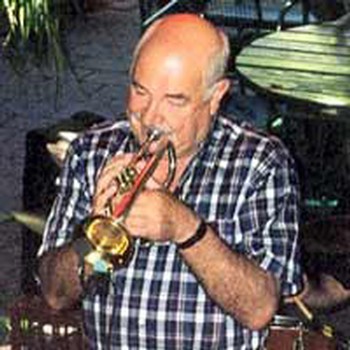 Barnard's playing is notable for his big, rich sound and the consummate ease of his flowing solo lines. Although his name was made, and his fame spread, through his forceful playing in the traditional jazz style this is by no means the extent of his huge talent.

Born into a musical family, Bob Barnard began playing trumpet partly because the family band (led by his mother Kath Barnard) needed a trumpeter, but also because he had heard and was deeply impressed by a record of Muggsy Spanier. Barnard gained experience playing dance music but listened eagerly to records, notably those by his major influence, Louis Armstrong, and also to popular Australian jazz bands of the 40s, including that led by Graeme Bell. During this period and on into the 50s, Barnard had a day job, in a bank, but played extensively, touring with bands including the one led by his brother, Len Barnard.

In 1957 he played in Sydney with a small group led by guitarist Ray Price. Back in Melbourne, he continued to play as a semi-pro, making occasional records, such as The Naked Dance with a band led by his brother. In 1957 Bell called him with a job offer in Sydney and, although the gig failed to materialize, Barnard later joined Bell's band. This led to a tour of his home country, and a visit to New Zealand and New Guinea alongside pop singer Frank Ifield. In 1963, Armstrong came to Australia, and Bell's band greeted the visitor at the airport where Barnard played briefly with his idol.

In 1971 Barnard formed a band for an EMI Records date which resulted in 16 Jazz Greats, and three years later he formed his first band. The band played in and around Sydney and in 1976 went to the USA for an appearance at the Bix Beiderbecke Festival at Davenport, Iowa, where they were a huge success. After 10 years, the band's popularity waned slightly and this, allied to the death of a key member, trombonist John Costelloe, motivated Barnard into cutting down to a quartet.

Barnard toured extensively during the 80s and on into the 90s, playing in the USA and UK as well as in southeast Asia and various European countries. He has worked with numerous leading jazz musicians, including Ruby Braff, Peanuts Hucko, Bob Wilber, Kenny Davern, Dick Carey and Milt Hinton, recording albums with the latter pair. He and his brother, Len, also made two fine albums for Sackville Records issued under Ralph Sutton's name, Partners In Crime and Easy Street. The groups that Barnard formed for recording sessions and other dates varied from quartets to 9- and 10-piece bands and he has also recorded with strings. In the mid-90s Barnard worked on an album, partially funded by the Australian Council for the Arts, on which he celebrates the music of Australian composers. With what Barnard sees as a decline in interest in traditional jazz in his homeland, the end of the 90s saw him planning to spend more time in Europe and the USA.

Barnard's playing is notable for his big, rich sound and the consummate ease of his flowing solo lines. Although his name was made, and his fame spread, through his forceful playing in the traditional jazz style this is by no means the extent of his huge talent. This would seem to lie rather in his lyrical mainstream ballad playing that emulates, without any hint of copying, the players he most admires, including Bobby Hackett, Braff, and, of course, Armstrong. Barnard has also composed a number of songs, including "Black Stump Stomp", "Smackarooney" and "Rainbow Hill", an attractive ballad he included on a 1995 album recorded during a visit to New York.