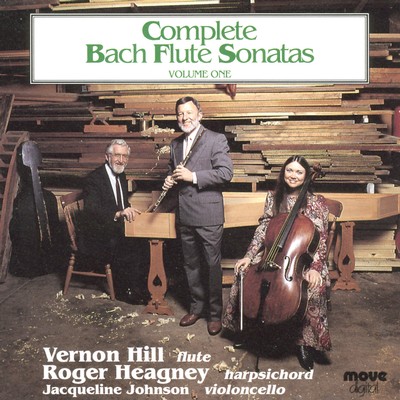 Sonata in B Minor for Flute and Harpsichord Obligato, BWV 1030 Johann Sebastian Bach

Sonata in A Major for Flute and Harpsichord Obligato, BWV 1032 Johann Sebastian Bach

Complete Bach Flute Sonatas, Volume 1 is available as as CD. It can be purchased online through Buywell Music or the Australian Music Centre which both offer secure online ordering.