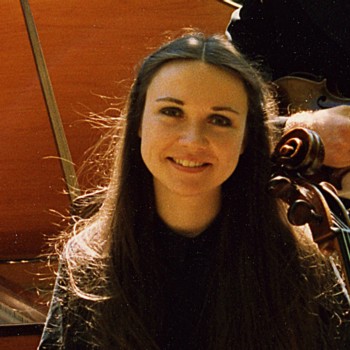 Jacqueline Johnson is a graduate of the Victorian College of the Arts. She was a finalist in the ABC Concerto and Vocal Competitions and gave an acclaimed performance of the Shostakovich Cello Concerto. She has played with the Melbourne Symphony Orchestra, the Elizabethan Orchestra and the State Orchestra of Victoria. Jacqueline has featured in Music in the Round and broadcast for the Australian Broadcasting Corporation. As a founding member of Trio Polyphonica she made several recordings and gave many performances throughout Australia. She has an enviable reputation as a teacher of cello and when the trio toured China in 1987 she gave classes at the Conservatories in Xian and Tienjin.

She is a highly experienced and much sought after baroque continuo player yet manages to combine this highly skilled art with performance of the standard cello repertoire including the sonatas of Brahms, Beethoven and Shostakovich.

Jacqueline Johnson is featured on the following titles