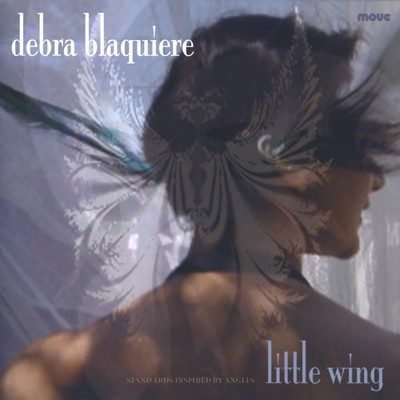 The eleven tracks range from the haunting to the sexy with measures of whimsy and romance. The mood shifts from the humour of the upbeat and the angels sing to the dark shadowy close to you to the lush beauty and personal lyrics of if wishes were kisses.

if wishes were kisses was a finalist in the 2004 National Songwriters Competition.

Musically, the album places emphasis on the brilliance and distinctive sophitication of piano player Joe Chindamo and the playful bassist Philip Rex.

“the best quality CD I have heard this year”

“Debra's voice is enchanting ... the choice of theme and music very well presented.”

“Debra has ... authority on the ballads where her lower register is to the fore ... awesome pianist/accordionist Joe Chindamo and rock-solid bassist Philip Rex are the stellar accompanists ...”

“Chindamo's inventive and imaginative piano solos are a feature of Little Wing ... everything that he plays swings superbly ...The songs and accompaniments possess intimacy and immediacy which make listening to this CD a very pleasant experience.”

Van Heusen wrote 76 tunes recorded by Frank Sinatra (more than any other composer) and the songs for six of the seven Crosby-Hope "Road" pictures.

In the early 1950s, Twentieth Century Fox hired Hagen to work under Lionel Newman. Hagen worked as a second-line composer until he got his big break when he composed the hit theme for the Perry Mason TV show. He followed this with his whistling theme for The Andy Griffith Show.

Without question, Graham Nash is one of the most enduring and seminal figures in popular music - becoming, part of two of the longest-lasting groups in rock 'n roll history - Crosby, Stills and Nash, and Crosy, Stills, Nash and Young.

Little Wing is available as as CD. It can be purchased online through Buywell Music or the Australian Music Centre which both offer secure online ordering.