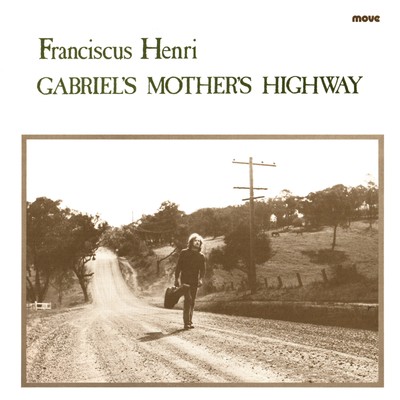 This album has a beautiful clarity, with the richness and color of Henri's voice giving a real stamp of individuality to this recording.

Producer Brian Cadd has come up with a first-class production of contemporary songs in a gentle folk-rock style. Three of the songs are by English poet and songwriter Sydney Carter: Coming or going away, Green like the leaves, and The candlelight. The title song is in a spiritual style about heaven as a place of happiness and freedom. Henri's own Song of the morning emphasises the cycles or spirals of life.

On two better-known Carter songs, Judas and Mary and Bitter was the night, Franciscus dramatises the words and allows the music to expand.

Unlike most albums which start off with the strongest material and then go downhill, Gabriel's Mother's Highway does the opposite starting gently, then building and finishing with the uplifting Friendship featuring a driving guitar solo.

Gabriel's Mother's Highway is available as as CD. It can be purchased online through Buywell Music or the Australian Music Centre which both offer secure online ordering.