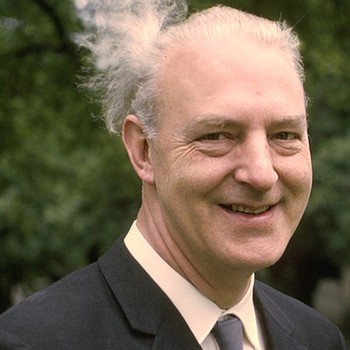 Unlike most song makers he composed on the voice, the body and the tape recorder rather than on the piano or guitar. Often unaccompanied, or backed by guitar, flute or drum he sang, recited, or performed to almost any kind of audience, the unlikelier the better. Prisons, churches, or the Albert Hall. He was seen on British television in a series of programs called Hallelujah where the aim was to bring Christian and non-Christian face to face. The songs raise questions about love, time, politics and religion.

Carter wrote revue material for Donald Swann (of Flanders and Swann fame) in the 1950s. Later in the 1960s Swann introduced some of Carter's songs to the world on two records: "Songs of faith and doubt" and "Sing round the year". Many folk and protest singers sang his songs.

Sydney Carter started his working life as a schoolmaster, worked with the Friends Ambulance Unit in Greece, also worked as a music critic for Gramophone magazine. His poems and songs are published by Stainer and Bell in a variety of publications. http://www.stainer.co.uk/carter.html

He was born 6 May 1915, Camden, London, England, and died 13 March 2004, London, England. Although he had a desire to work within the BBC or in films, the Oxford-educated Carter ended up teaching, becoming history master at Frensham Heights School in Farnham, Surrey. He was already writing poetry, but it was after World War II, during which he served in the Middle East and Greece with the Friends Ambulance Unit, that Carter started composing songs. Inspired by the music he heard in Greece, Carter started frequenting folk clubs in London and heard Ewan MacColl; he joined the English Folk Dance and Song Society (EFDSS), and also started singing songs himself.

During the 60s, Carter wrote some songs for Christian Aid, having previously contributed religious and protest songs for the Aldermaston march. His first album, 1962’s Putting Out The Dustbin, was recorded with the actress Sheila Hancock, while Hallelujah featured Martin Carthy and Isla Cameron. The former included the minor hit, ‘My Last Cigarette’. Probably Carter’s most well-known, and most widely covered, song is the school children’s’ favourite, ‘Lord Of The Dance’, an adaptation of the Shaker hymn ‘Simple Gifts’ included on the 1965 EP of the same name. The song’s ambiguous lyrics drew inspiration from both Christianity and paganism, making it attractive to both devout believers and atheists alike.

Many of Carter’s compositions reflected a religious theme, and in 1995, his 80th birthday was celebrated at Westminster Abbey. His ‘Judas And Mary’ was sung at the First International Festival of Music in Seville, (Unda Sevilla), Spain, in 1967, by Nadia Cattouse. Over 20 countries took part, and it won the Gold Medal Award (Premio Unda Sevilla). Another favourite, ‘One More Step’, is now acknowledged to be the most commonly requested song for use in collective worship. Meanwhile, the lyrics to ‘Friday Morning’ prompted the Conservative politician Enoch Powell to call for its ban because of the controversial lines ‘It’s God they ought to crucify/Instead of you and me’.

Carter always claimed that his style was based on rhythm and feel rather than technical ability, but his songs have been covered by a variety of artists, including Rolf Harris, Jackson Browne, Julie Felix, the Spinners, Judy Collins, and Pete Seeger. His anti-war lullaby, ‘Crow On The Cradle’, was revived in 1979 at the No Nukes concert and brought Carter some unexpected royalties. Despite his final years being blighted by Alzheimer’s disease, Carter’s songs will endure and continue to bring joy to future generations.

Sydney Carter is featured on the following titles

Poet and songwriter Sydney Carter visited Australia in 1972. He gave concerts and workshops all over the country, and this recording captures one of those events in full.

A selection of songs and poems by Sydney Carter performed by a variety of singers including Sheila Hancock, Franciscus Henri and Nadia Cattouse, and featuring Sydney Carter himself.

The songs of Sydney Carter are an enigma. To fit them neatly into one of the accepted categories – folk, religious, satire or protest is not adequate. They have depth, integrity, and make us face and question our innermost thoughts and conflicts. This is the man who wrote "Lord of the dance", but also "I want to have a little bomb like you".