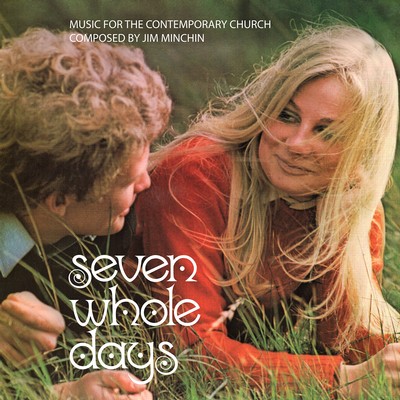 Jim Minchin looks back on the times that inspired this recording and its companion Move Two Mix:

The 1960s were perfect for people with any kind of music in their soul, especially for those free spirits who wanted to blossom in personal faith and to explore quizzically prevailing mores as they saw their society – and themselves – grow more open, multi-cultural and plural in outlook: I was one such – a thoughtful if isolated middle-class lad in Melbourne. Somehow I, we, felt free to follow our own stars, in my case the God of Jesus Christ as I prepared to become a priest, while hoping to stay attuned to my evolving inner self. Musically this meant listening, dancing, playing, singing, composing, in my case only as a determined amateur: I was preoccupied by more pressing life concerns.
In 1962 I needed contemporary hymns and songs to accompany a weekly ‘mission’ service in College Chapel. Finding the cupboard bare I decided to take some old hymn words and put jazzy tunes to them, and to improvise with friends playing instruments other than the monarchical organ (which, by the way, I loved, and still do). Later I was moved by the example of Sydney Carter and others of his ilk to track down texts for hymns and songs, not only for worship but to give wing to wider more ‘secular’ personal and social-justice themes. To my surprise, I began to receive requests from all over Australia – most denominations, the ABC – and indeed the world – Inuit and Argentinians, Taiwanese and Germans – to take up, perform and record my music – which I had thought would only be a seven-day wonder. Perhaps it would stretch to seven years!
The 1960s found the Western-derived churches everywhere – Roman Catholic, Anglican and Protestant, Pentecostal – facing increased ‘secular’ confidence in science, commerce and popular culture in tandem with decreased trust in exclusive and monochrome patterns of worship and liturgy (including music), belief and ethics. Some church communities welcomed this shift: the Second Vatican Council opened windows to the world ‘outside’, many Christians examined the Bible more critically and articulated their beliefs with greater care and humanity, and got involved in the challenges of the day alongside people of goodwill. Others bemoaned the shift and either withdrew or hoped gimmickry might stave off the tide. I was delighted, knowing that music could give depth and energy to this process of sifting and renewal.
In 1968 I was assigned to Singapore and Malaysia, and, thereafter, unexpected and vibrant perspectives kept coming into view! As well as being overwhelmed by the social engineering of newly-independent Singapore, I found myself caught up in widening circles of music, art and literature: from West, East and every continent, ancient and modern, ‘religious’ and ‘secular’, popular or esoteric, recorded and ‘live’. Eventually I was invited to be text editor of Sound the Bamboo, a marvellous compendium of hymns from every kind of church in every part of ‘Asia’, published in 2000; for the first time my previously resented Latin and Greek verse composition came into its own, fitting English paraphrases to weird metres in the original music!
And now, more than fifty years after I began to get involved, I am overwhelmed by the wealth of good music for worship and devotion, to celebrate life in the light of eternity; music not only for individual enjoyment but also for community celebration. Of course, there’s also a lot of junk music. In either case, some lasts, some doesn’t! From my own ongoing if fitful journey of composition, mostly away from the public domain, it is a thrill – as I move into retirement and old age – to bring my music once again to light of day via concert and recording, to discover wonderfully talented artists and friendly audiences who are happy to join me on the way.

Seven Whole Days - music for the contemporary church is available for download from the iTunes Music Store.
It's available for streaming through Apple Music.

Seven Whole Days - music for the contemporary church is available as as CD. It can be purchased online through Buywell Music or the Australian Music Centre which both offer secure online ordering.