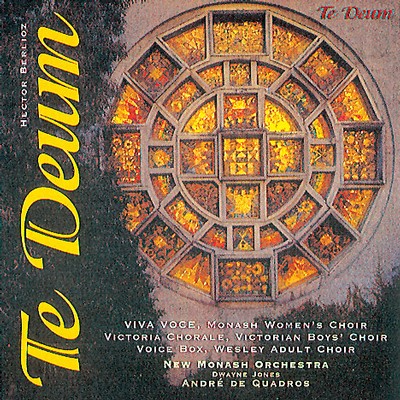 The 'Te Deum', written in 1849, contains some of Berlioz' finest writing, it is a piece of mammoth proportions in terms of forces employed, breadth of style and immensity of musical form.

It features the beautifully melodic 'Tibi omnes', the dramatic and militaristic 'Praeludium', the intricately contrapuntal 'Dignare 'and the 'Judex crederis', which Berlioz himself considered along with the 'Symphonie funebre et triomphale' to be one of his most "architectural and grandiose creations".

Particular attention has been paid to the balance in this recording, which due to the immense nature of the piece and the forces employed can be problematic in other recordings.

Te Deum is available as as CD. It can be purchased online through Buywell Music or the Australian Music Centre which both offer secure online ordering.