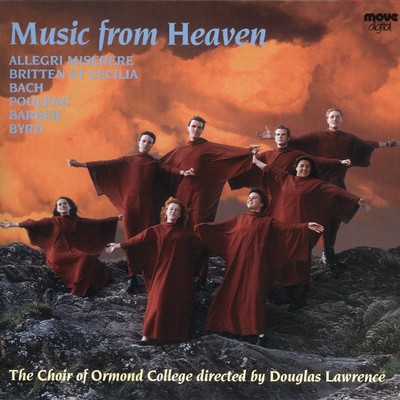 “it certainly confirms claims that Melbourne's Choir of Ormond College is on of the best in this country and a serious candidate for international recognition. Bach, Byrd, Poulenc and Britten would no doubt agree. Superb.”

“The singing is excellent ... as we have come to expect.”

“youthful vigor ... freshness of tone and a determination to overcome the technical difficulties an adventurous repertory presents.”

“Something, I would think, to please everyone”

Music From Heaven is available as as CD. It can be purchased online through Buywell Music or the Australian Music Centre which both offer secure online ordering.