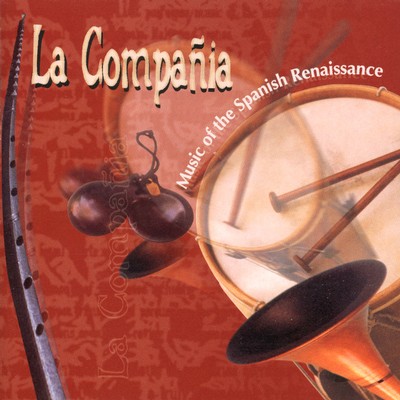 La Compañia is set to broaden the horizons of early music in Australia with their exciting new CD, Music of the Spanish Renaissance. Featuring the expressive voice of soprano Vivien Hamilton and a variety of period instruments including cornetto, shawms, recorder, sackbuts, vihuela and percussion. Generously filled with seventeen tracks, this recording pays tribute to some of the great Spanish composers of the period and captures the joyful spirit of the 16th century minstrel band. The music is rhythmic, colourful, exciting and above all, spontaneous!

“The music is extremely attractive ... helps you set the scene of drums, sackbuts and cornetts ... The playing seems confident, assured and confident”

“an attractive mix ... the performances here are a constant elight ... a gem of a recording”

“a feast for the ears”

“The appeal of the music is high ... the musical preparation is thorough and the recording well-balanced and forward.”

“an excellent ensemble performing an unusual and beautiful repertoire ... I heartily recomment that you buy yourself a copy”

Music of the Spanish Renaissance is available as as CD. It can be purchased online through Buywell Music or the Australian Music Centre which both offer secure online ordering.