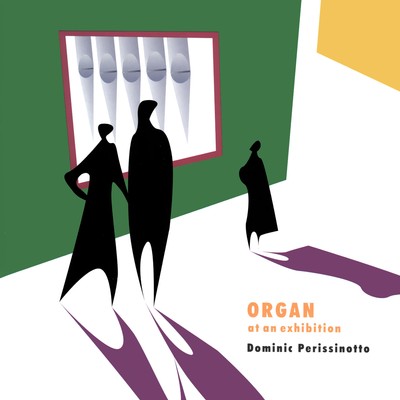 This exciting new recording presents three magnificent Romantic works on one of Australia's finest pipe organs, the Grand Organ in the Basilica of St Patrick, Fremantle. The works of Guilmant, Schumann and Mussorgsky demand an instrument capable of projecting the wide dynamic and tonal contrasts. With 6 divisions (Great, Swell, Positive, Choir, Bombarde and Pedal) spread over four manuals and pedal, and used in combination with the smaller Transept Organ, there is virtually no end to the possible combination of tonal colours.

“full of variety ... The organist demonstrates technical and musical mastery of the instrument and imagination in the choice of registration ... we are enriched by this listening experience.”

— Graham Devenish, In The Pipeline

Organ at an Exhibition is available as as CD. It can be purchased online through Buywell Music or the Australian Music Centre which both offer secure online ordering.